ADMIN
Dendrax
DESCRIPTION
Dendrax®, is a vegetable derivative in liquid form, non-toxic, non-dangerous, non-inflammable, non-corrosive and totally miscible in any quantity with water. It has the same basicity as that of the watery suspensions of lime.
Used during the cutting of granite with multi-blade gang saws, it provides the following advantage in the cutting process:
1)the additive has a liquifying and dissolving effect on the abrasive slurry, thus high specific weights can be used without causing high degrees of viscosity. In such conditions the large grains are suspended and more easily entrained giving a better cutting performance;
2)the additive reduces the wear on the grains which allows for better cutting performance and easier recovery of the grains in the collection baths. It also produces a passivating effect on the grains which limits the intergranular corrosion of the steel and reduces its wear due to friction;
3)the abrasive slurry remaining at the end of one cutting process ready for the next does not harden but rather remains in its fluid state. Thus even after 2-3 days the abrasive slurry will flow smoothly into the well without manual help or the use of water, both of which greatly reduce its viscosity;
4)the frame, cut slabs, water groups and hydraulic systems are easier to clean as the product facilitates the removal of encrustations of abrasive slurry and granite particles which also means less machine maintenance.
The additive cannot stand freezing temperatures and so it should be kept in a temperate environment.
DATA SHEET
SECURITY SHEET 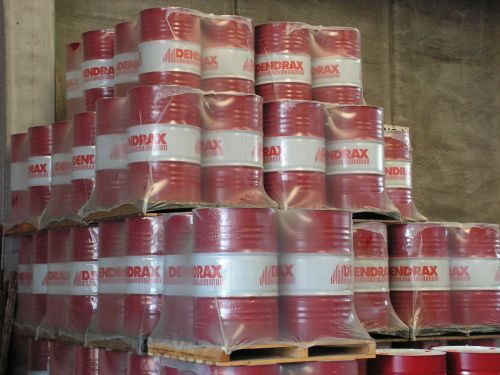